Sheet music for solo voice and piano with chord names.

This collectors’ edition, which has never been available before, is comprised of songs written by Charlie Chaplin. All are derived from the music he composed for his films. 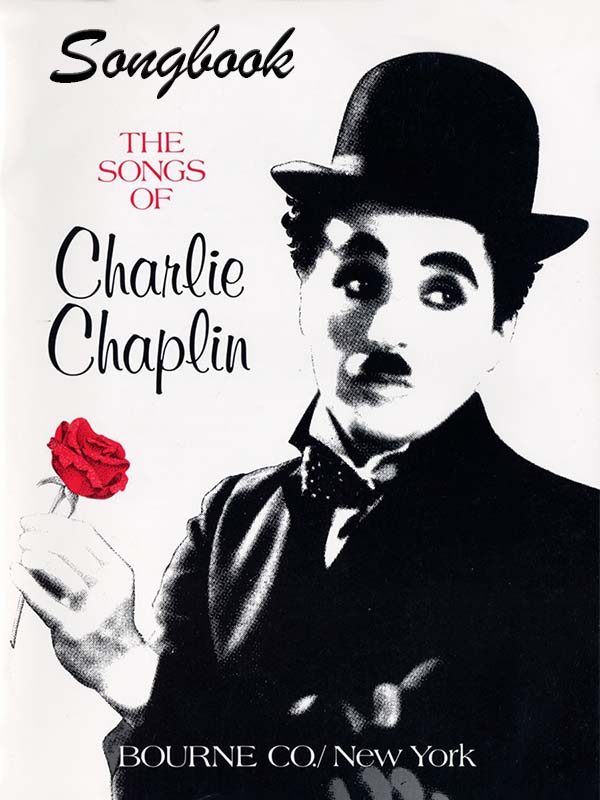 Charles Chaplin composed the music for most of his films. Chaplin developed a passion for music as a child and taught himself to play the piano, violin, and cello. He considered the musical accompaniment of a film to be important, and from A Woman of Paris onwards he took an increasing interest in this area.

With the advent of sound technology, Chaplin began using a synchronized orchestral soundtrack composed by himself. He thereafter composed the scores for all of his films, and from the late 1950s to his death, he scored all of his silent features and some of his short films.

Notice: free download for educational purposes only. Not for commercial use.

For commercial use, buy “The Songs Of Charlie Chaplin” on Amazon or SheetMusicPlus 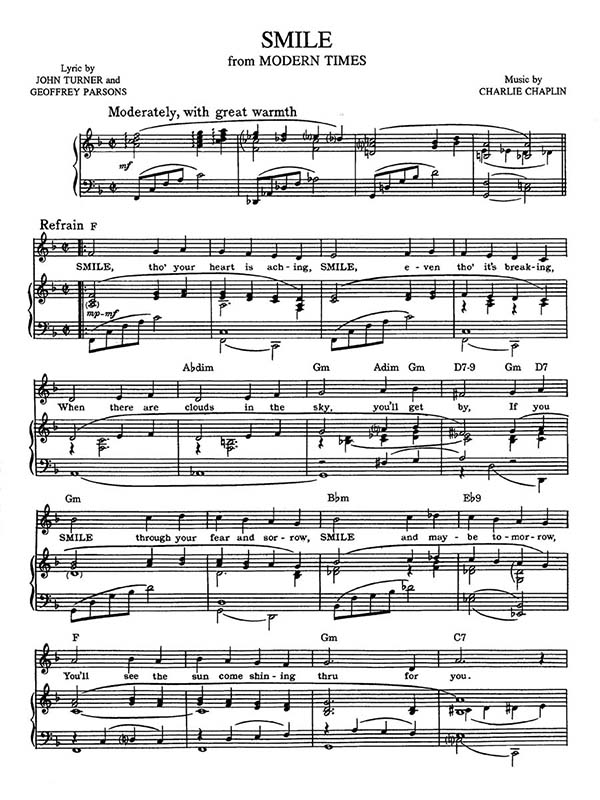