Duets: An American Classic is an album by Tony Bennett, released in 2006.

The album was released in conjunction with Bennett’s 80th birthday the previous month. The songs selected were mostly ones that Bennett had played a major role in introducing into the Great American Songbook.

Unlike some other celebrity duets efforts where performances were recorded separately and then combined by producers, such as Frank Sinatra’s 1993 Duets, Bennett was physically present with each of his partners during recording. The vocals were performed live as the band was playing.

It debuted at #3 on The Billboard 200 selling around 202,000 copies in its first week. The album spent five consecutive weeks in the Top 10 – a great achievement considering that was released during the competitive Christmas season – and was certified Gold in less than four weeks of release. It also reached #1 in Canada. The sequel album, Duets II, was released in 2011 in conjunction with Bennett’s 85th birthday. 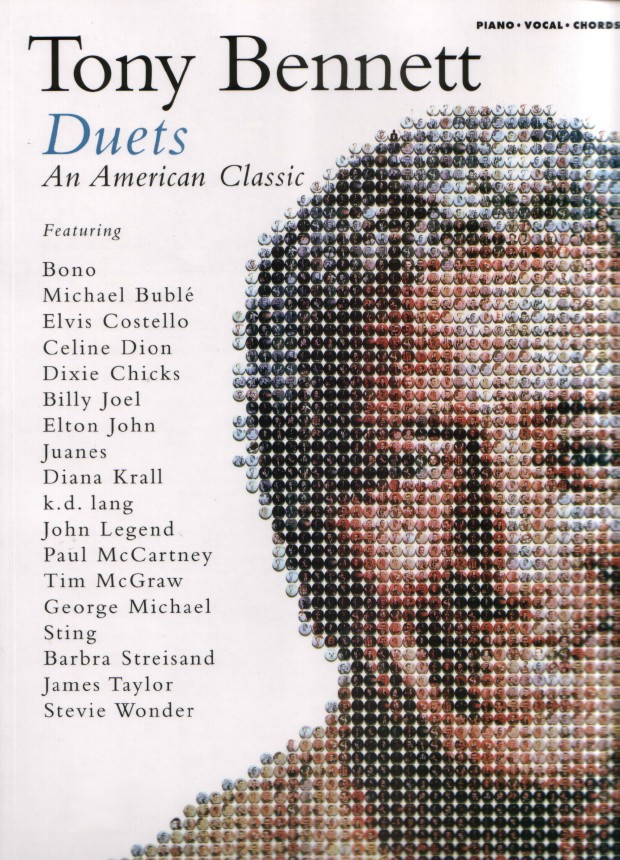