Songbook «Quadrophenia» The Who contains all 17 songs.
Sheet Music arranged for Piano with Vocal and Guitar Chords.
Warner Brothers first edition of «Quadrophenia» (1974)!
All songs omposed by Pete Townshend.

144 pages plus commentary on the inside back cover and a two page color photo of The Who performing live. 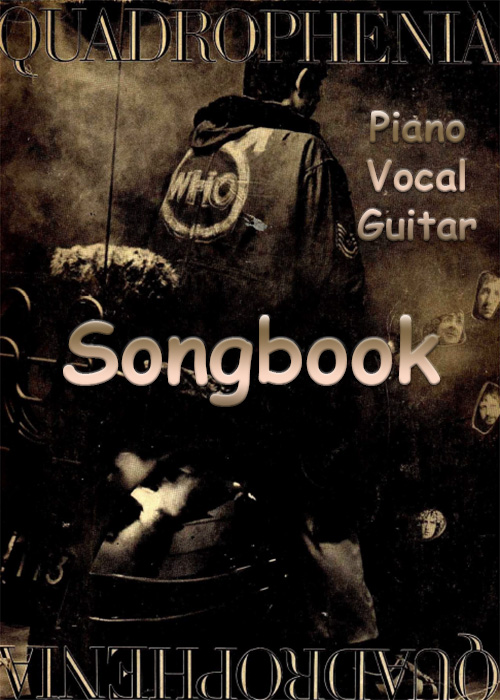 Sheet Music «Quadrophenia» The Who Songbook 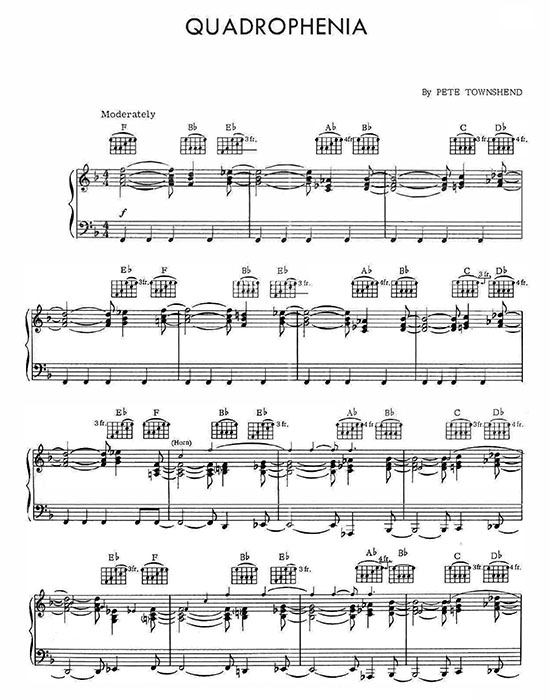 Quadrophenia The Who sheet music songbook

Quadrophenia was originally released as a double album by Track Records in November 1973. Released to coincide with The Who’s first UK and US tours for two years. The first CD version was released in the early 1980s.

Quadrophenia was re-issued in 2011 on heavyweight vinyl in its original format. 2011 also saw the release of Quadrophenia: Director’s Cut Super Deluxe box set.

Download «Quadrophenia» The Who Songbook for free from Sheet Music ME

Quadrophenia, released in 1973, was The Who’s sixth studio album and second rock opera. The title is a play on schizophrenia (implying multiple personalities) and quadraphonic, the newest innovation in sound at the time that provided four separate tracks of audio coming at the listener. Pete Townshend took these ideas and wrote the story of Jimmy, a “Mod” boy in 1965 with four different personalities (each based on one of the four members of The Who). He presented the story as a long-form work with four distinct themes that would be interwoven throughout. Townshend proudly feels that Quadrophenia is the best work he ever produced.

All the songs have been transcribed here for the first-ever guitar TAB edition of this classic album, plus we’ve included classic early photos in a beautiful art section.