Money, Money, Money is a well-known pop song recorded by the swedish group ABBA. It was released November 1st 1976 as a single and can be found on their album Arrival. The song has a dramatic structure. Money, Money, Money became a worldwide hit, making it the second hit from Arrival. 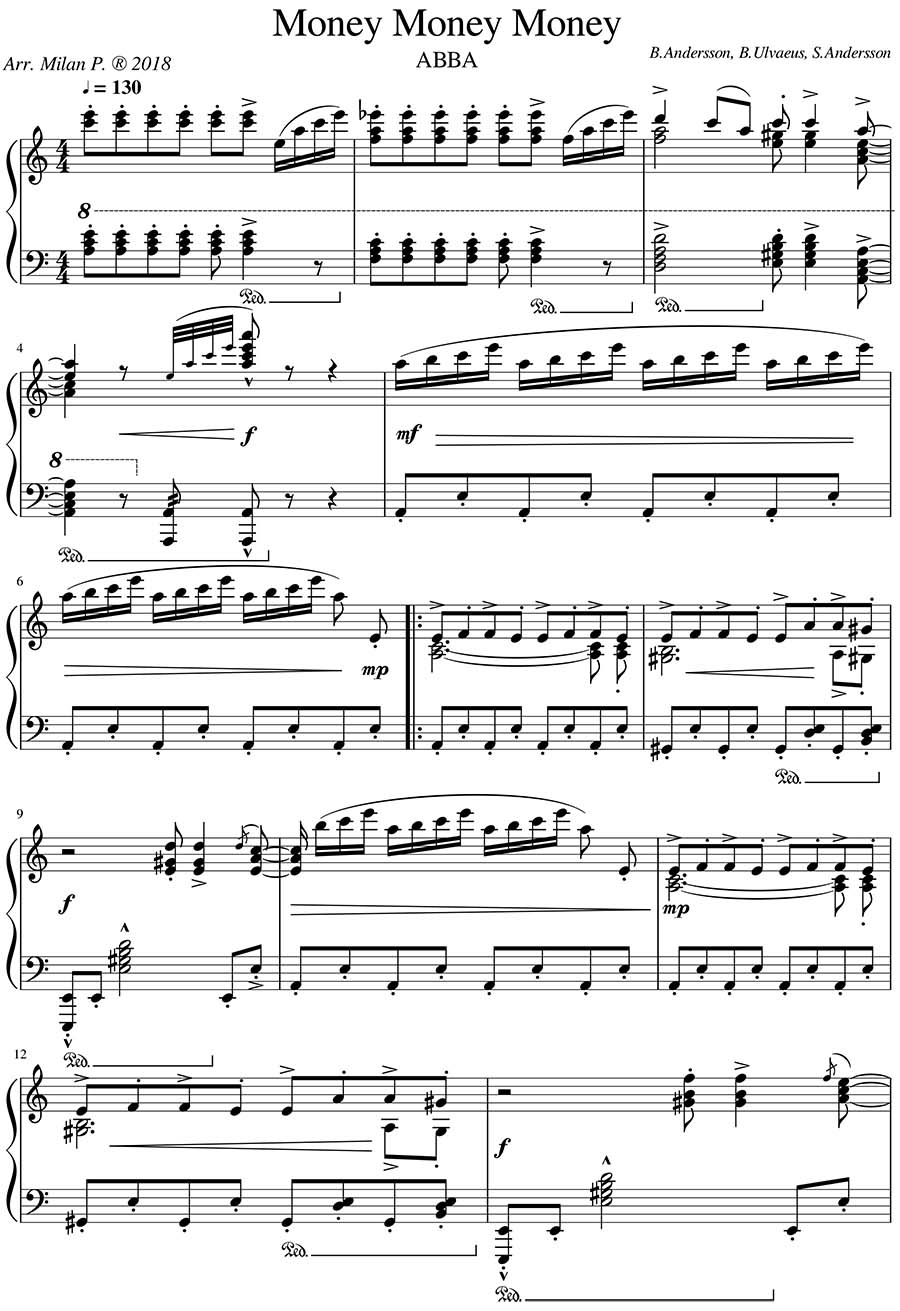