Ernesto Lecuona was born in Guanabacoa, Cuba, just across the bay Havana. As a young child, he showed exceptional pianistic ability; he made his performing debut at age five. He was composing by the time he was eleven, and for much of his life, the twin pursuits of performance and composition competed for his time and energy. Eventually, he chose the latter as his primary emphasis, but not before he had established himself as a talented pianist on concert stages around the world. Similarities to one of his American contemporaries earned him the nickname “the Cuban Gershwin.”

His compositions include fifty-three works for theater, twelve film scores, thirty-five orchestral works, and 176 pieces for piano. As a gifted pianist, it was only natural that he should write a great deal for his instrument. The captivating melodies and engaging rhythms of such pieces as “Malaguena,” “La comparsa,” and “Andalucia” have made them perennial favorites in concerts and on recordings, but such mass appeal might obscure the depth and substance of works such as “Ante el Escorial” and “San Francisco el grande.” 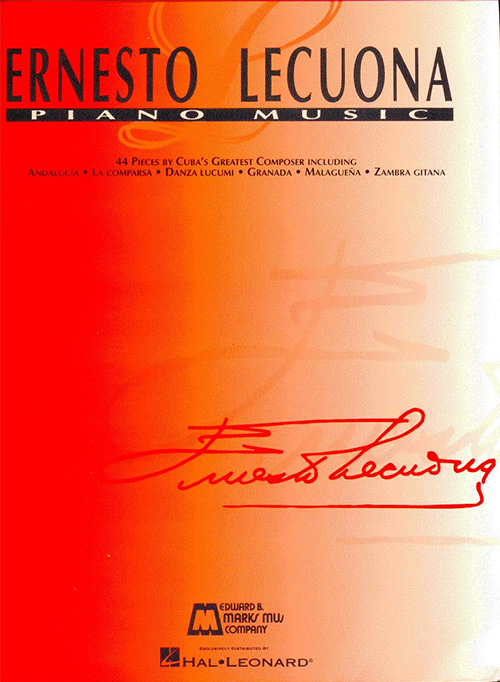 Of Laecuona’s 406 songs, many originated in his scores for stage and screen, such as “Maria-La-O” (from the zarzuela, or musical play, of the same title) and “Mi Vida” (from the film in Carnival Costa Rica). Others were independent efforts – often with the composer serving as his own lyricist – such as “Siboney.” Still others were derived from his compositions for ‘piano, as if to say that his instrumental melodies deserved to be shared with the voice. Among these are “From One Love to Another” (“Danza lucumi”) and “The Breeze and I” (“Andalucia”).

Lecuona’s music spans a broad range of styles. As a composer, he embodied the many cultural streams that converged on his homeland – from the native Cuban (“19th Century to the ancestral Spanish (“Granada”) to the African (“Danzas afro-cubanas”) and even to the North American (“Tres miniaturas”).

As a performer – both as a pianist and as a bandleader – he served as a cultural ambassador, figuratively and literally, for in 1943 he was appointed honorary cultural attaché at the Cuban Embassy in the United States. In his own country, he helped found the Havana Symphony and lent his assistance to many aspiring musicians.

At the time of this writing, in celebration of the 100th anniversary of the composer’s birth, his entire output of piano music is being recorded by pianist Thomas Tirino and released in installments on CD by the BIS label. It is a monument to the scope of Lecuona’s talent and a testament to his enduring stature as a composer.